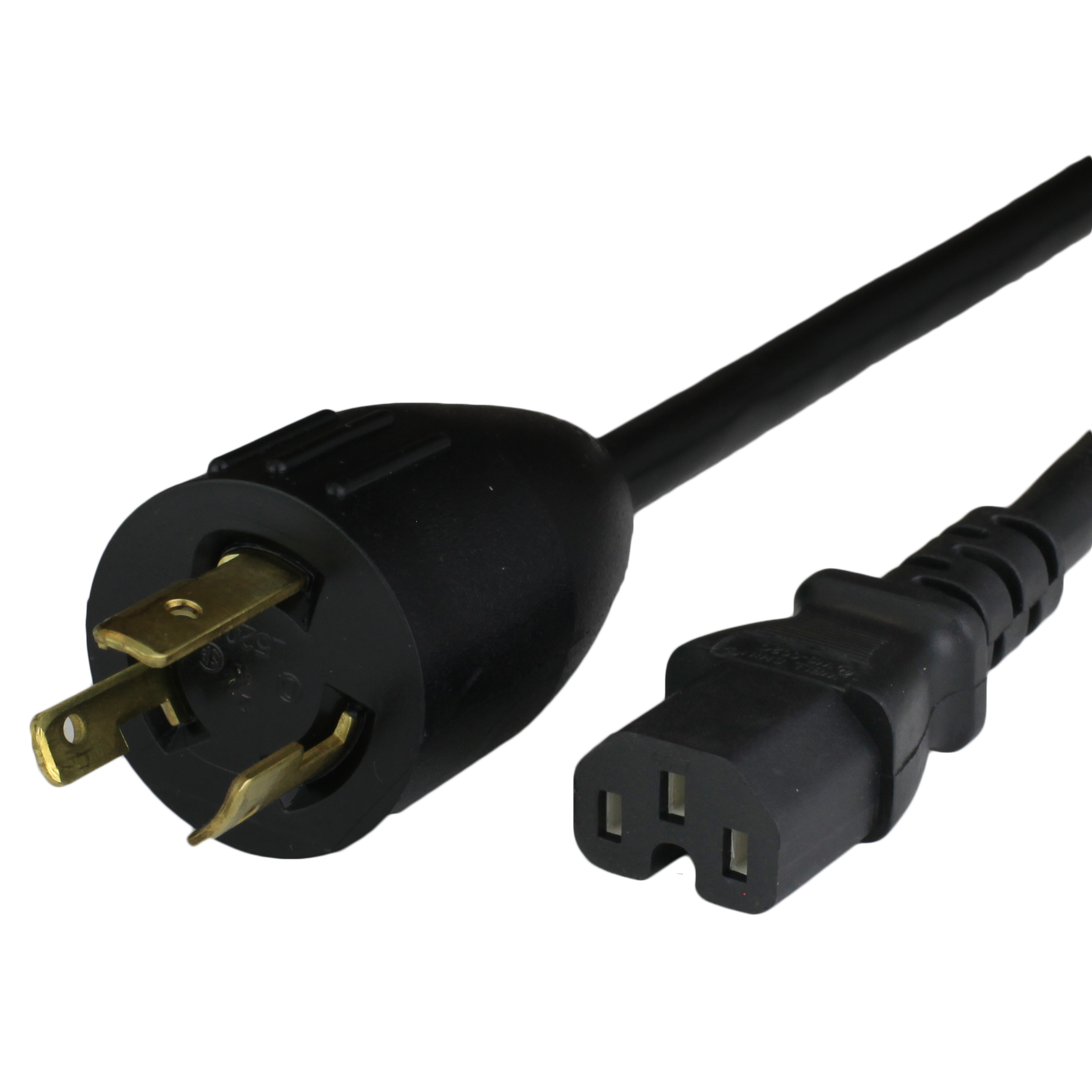 The NEMA L5-20P (MALE) is a 3 Wire 3 Blade grounded plug featuring three blades arranged in a circular pattern, rated up to 125V AC and 20 Amps. The NEMA L5-20P's blades are further separated than the NEMA L5-15P and is used in applications that require high amperage such as industrial/professional appliances. The locking feature prevents the plug from accidental disconnecting from the outlet, preventing power loss.

The IEC 60320 C15 is a grounded 3 Wire connector rated up to 250V & 10 Amps Internationally and 125V/250V & 15 Amps in North America. The C15 mates with a C16 inlet as well as a C14 Inlet and is commonly used in a jumper cable scenario in IT Installations providing power from a PDU to a server, router, switch or other computing device. The C15 is a HIGH TEMPERATURE connector rated up to 120°C, unlike the 70°C rating of the C13. The C15 is commonly used in in electric kettles and other household appliances that involve higher temperatures than a normal C13 is made to withstand.